Emad's family went through many shocks. They were displaced then had their son, Emad, injured. His injury caused him paralysis. Emad also had two brothers martyred in Homs. Emad, his father and mother left their hometown and refuged to Lebanon seeking therapy for him. The father can't work because he has epilepsy. To make matters worse is that Emad had hemorrhoids and needs a surgery. The family is financially affected and can't afford such surgery. We visited Emad and observed his needs. By your helpful donations, we allocated 800$ to Emad who underwent the surgery successfully. Thank you a lot. 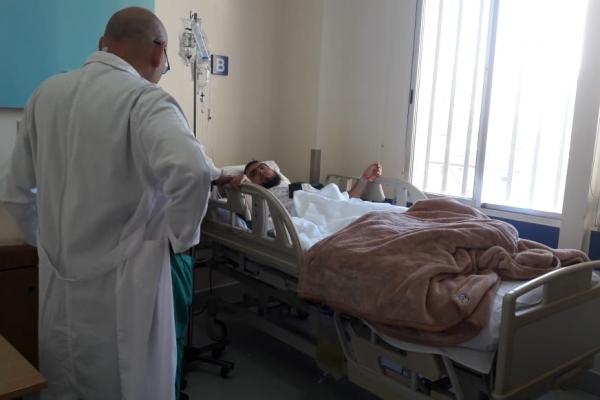