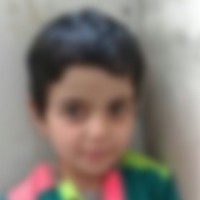 Jihad an orphan from Idlib district

Jihad's father was killed in 2016 due to a gunshot bullet. He was born on 1 January 2010 and he lives with his mother in a rented house in a terrible state. His mother works but she isn't paid a good amount of money that would suffice them. Jihad stopped going to school due to his family's situation that deteriorated after his father's death. Jihad needs your help. Sponsor him.