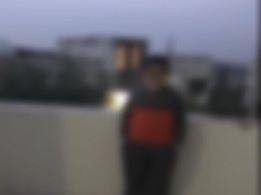 Hamza a child from Aleppo

Hamza was born on 2011 but he registered on 1/1/2013 . He lives with his mother and brothers in a rented house in Jordan/Irbid. Their house is very simple consists of one room with large outdoor patio. Hamza child loves playing football. He feels responsible for his mother despite his young age. He doesn't enter school until now because the mistake that happened when he registered. He aspires to study medicine. His father was arrested on 15/9/2012 after that he doesn't know about him anything. Hamza has no sponsor.