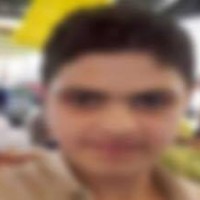 Mohammad is from Al-Zabadany-Damascus Countryside. He was born on 01/01/2003 and he loves swimming. His father was arrested by the Assad regime and on 22/04/2013 he was killed there. After losing his father, he fled with his siblings to Lebanon-Beqaa' and they faced a lot of difficulties there. He stopped going to school after eighth grade because he can't afford the costs. Please help him go back to school and have a normal life once again.