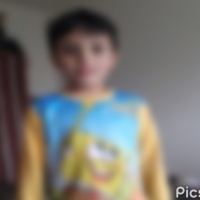 Khoder an Orphan from Damascus suburbs

Khodor a young orphan child from Damascus suburbs. Khodor was born on 15 May 2008. He's in the second grade and he has a very good academic record. Khodor's mother was forced to work since she has three other daughters who need monthly income. Khodor's asthma deteriorated after he lost his father on 1 August 2014. currently, Khodor is living with his mother and sisters in Al Bekaa Valley in Lebanon in a rental house that is shared with 8 other individuals. Help Khodor and his mother... Sponsor him.