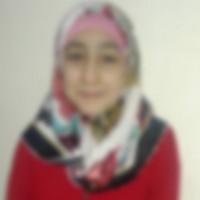 Bayan the orphan girl from Aleppo

Bayan has lost her father in17/07/2018 when he been hit by a bomb in the countryside of Aleppo. She was 11 years old at that time. She was born on 15/6/2007 . After the death of her father she moved with her mother and her brothers to live in Istanbul, Turkey, in a rented house consisting of two rooms. Bayan's mother does not have any skills to get a job so she only had the option of letting her little one to work, and also her son Mohammed who was born on 2008. Bayan and her brother work as a cleaners in sewing workshops, but they are depressed as they had to work at that young age. Bayan is very shy girl, who hates her life because of work and fatigue, and sees the rest of the children in the school, but she’s working since the early morning, and she gettin one TRY only! Of course it is not enough for nothing . Bayan must be in seventh grade, but she quit at the third grade since she started work. They have no breadwinner.