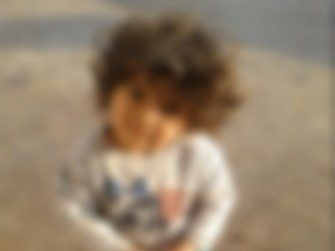 Adnan, an orphan from Idlib

Adnan was born during rough days, in a time that his city was dying and speaking its last words. His father couldn't stand still, he was with the rebels, fighting against the injustice that was happening. His father payed the cost of his heroic and courageous acts. He was killed in 10/2/2017. Adnan is from Idlib, born in 13/8/2016. He has a twin sister and they both live with their mother in a school in their dying city. Adnan is in a really bad situation, with no father or a warm house or a sweet home. Adnan's childhood was stolen, we want to help him get it back.