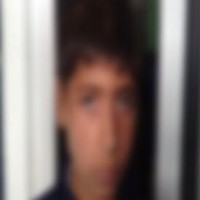 Al-Hussien an orphan child from Aleppo

Al Hussien is an orphan child from Aleppo. He was born on Oct. 9, 2005. The war didn't only damage Al Hussien's country, it also ruined his life, as it stole both of his parents. His father died on Feb 5, 2015 and his mother died on the 3rd of June 2016. Al Hussien is a child that still needs a lot of support to be independent, but now he is left with his only sister without any financial or psychological support.