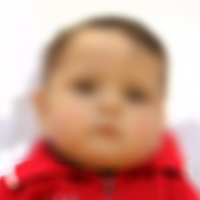 Shadi, an orphan from Aleppo

Your donation will truly contribute in changing their reality.

Shadi is an orphan child from Aleppo, he was born on 15/5/2014, his father dead as a result of shelling on thier house on 2/4/2014, he lives with his mother and his brothers , he is without a breadwinner

am
Fa
fa
fa
Ho
ah
ah
ah
عب
عب
عب
عب
عب
We use Cookies on this website to give you better performance for its services. You are always free to manage Cookies via your browser settings. For more about how we use Cookies, please see our Usage Policy.

Molham Volunteering Team is a NPO registered in Germany, France, Turkey, Jordan, Sweden and Canada, brought together by a group of Syrian students. It aims at providing aid to internally displaced persons in Syria and Syrian refugees living in camps of the neighboring countries.