With every winter, every storm, and every natural disaster, the struggles of displaced and refugee people in camps is exacerbated, and voices are raised asking, ''Why not build them houses instead of leaving them in camps? Why not implement permanent solutions?''

Indeed, ‏relocating displaced people into real homes is the only solution that can put an end to their renewed suffering. This is why following years of temporary solutions, on 2017, we launched Molham Village project, right after the massive wave of displacement from Aleppo province. Unfortunately, waves of displacement from other cities followed, so implementation of project was delayed and we had to focus on responding to the more urgent needs and on launching humanitarian relief campaigns.

‏Finally, by the end of January 2020, we were able to initiate the construction process of the first residential building, which is currently in the final finishes phase. This building consists of 18 apartments over 3 floors, and according to the planned time frame, it will be available for habitation by the end of June 2020. In addition, ‏we have begun the excavation works for the second building since the end of March 2020. This building will be made up of 24 apartments over 4 floors. It is worth mentioning that until the moment, Molham Village project depends solely on individual donations, and that any contribution will be considered a lifelong charitable endowment (Waqf).

‏The project's main objective is to provide decent accommodation for 300 families of orphans, people with special needs, and injured people. In addition, it aims at creating job opportunities for families to enable them to become independent, as well providing access to education for those who never attended schools due to difficult living conditions in camps.

‏Considering that Azaz town in the northern countryside of Aleppo province is a relatively safe area, it was chosen as the site of this housing complex that includes apartment units (52 m2 per unit), a mosque, a medical centre, a cultural centre, a park, and a market.

‏Since it was launched, Molham Village project has been supervised by highly skilled and well-educated engineers who are familiar with projects planning, implementation and follow up.

‏On the other hand, in response to the questions we received about the suitability and tolerability of the ground for construction work, we confirm that the red soil was removed and the excavation continued until reaching the natural rocks. Also, the firm foundations and building blocks were established to hold up to 4 floors, so the building is indeed constructed in line with construction standards.

Finally, we believe that with the construction of every single block, there is new hope rising. This project is a golden chance to act on the promise we have made to rebuild Syria. It is the chance to show solidarity with the families of martyrs. We will make sure to make the best out of this chance, strengthened by God and supported by your confidence and generous donations.

The following images are from the project site and its building plan: 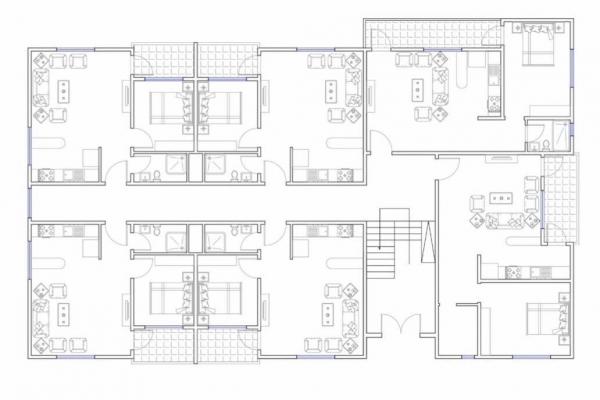 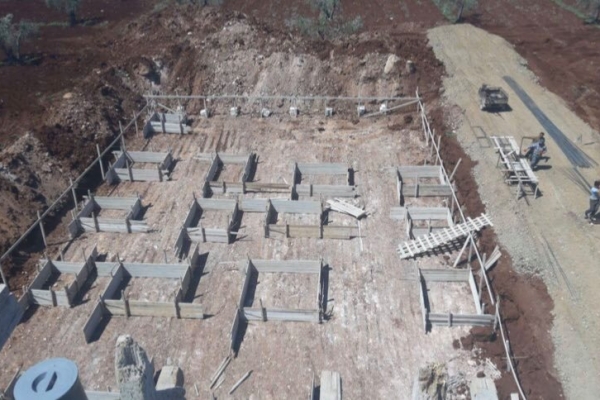 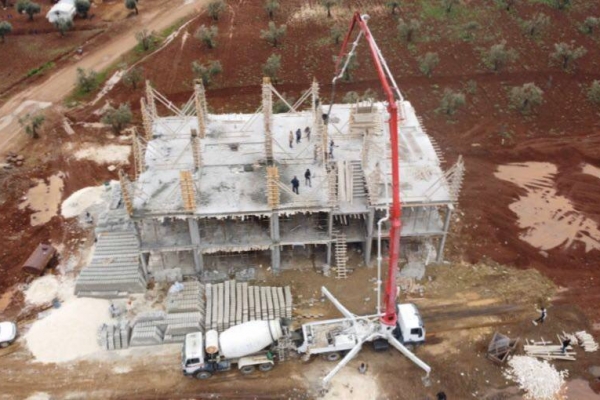 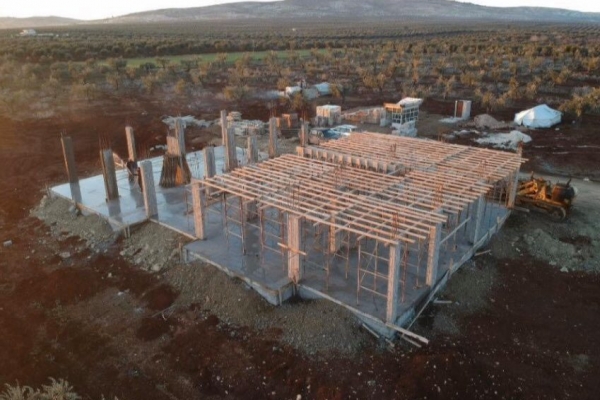 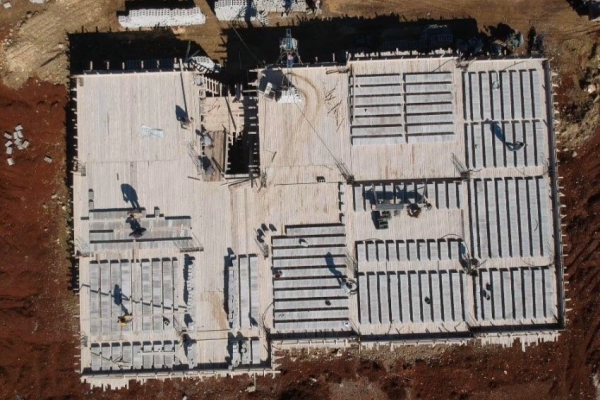 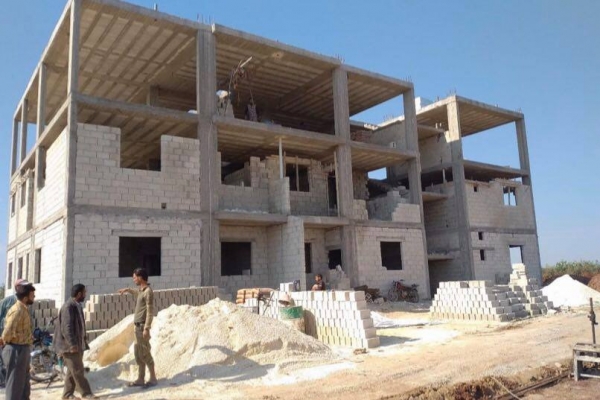 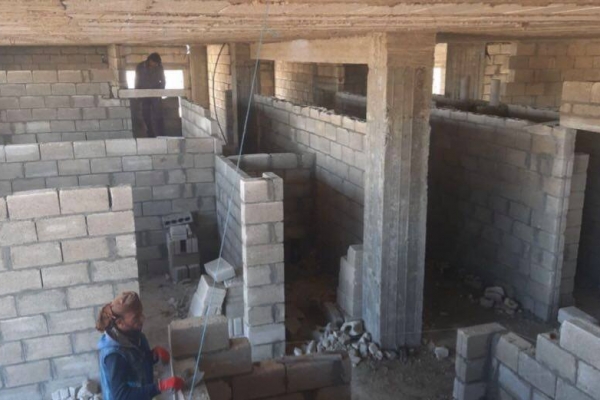 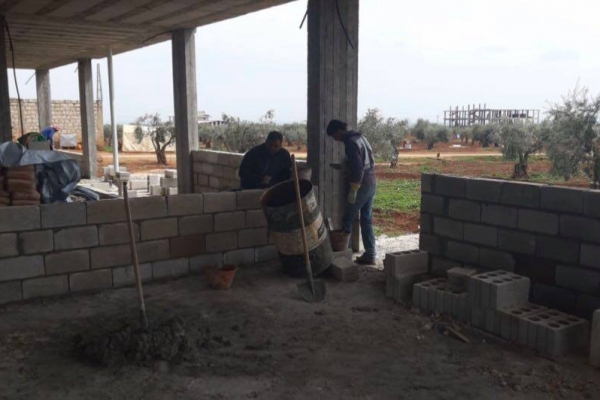 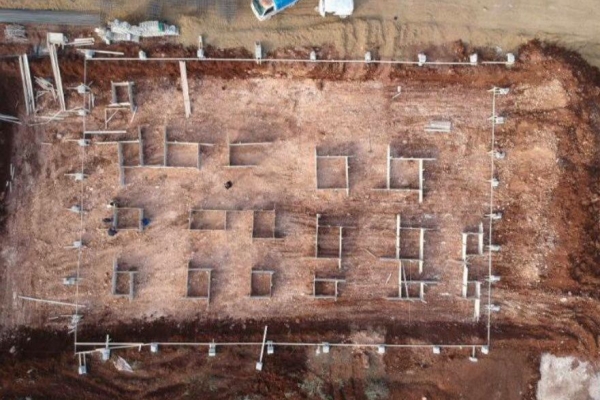 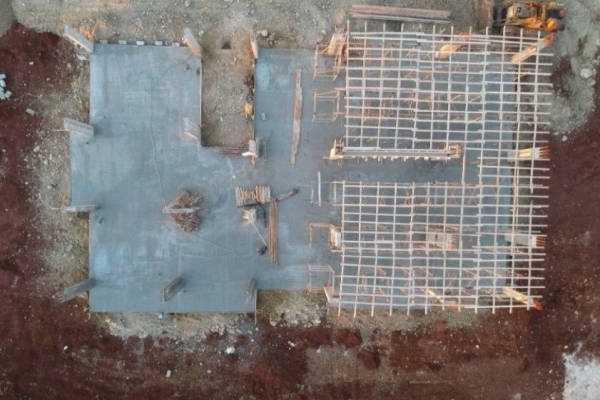 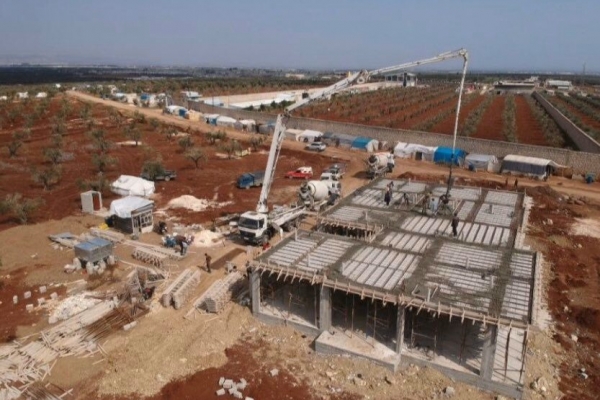 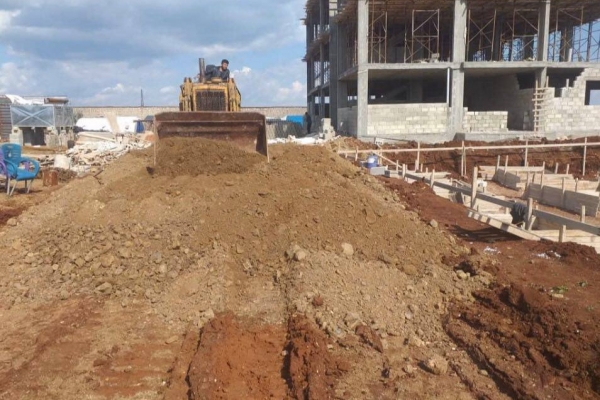 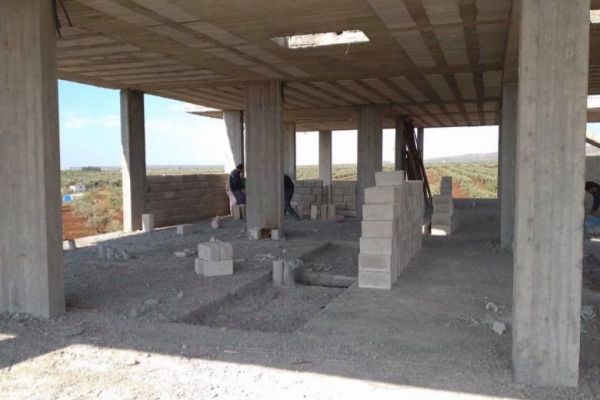